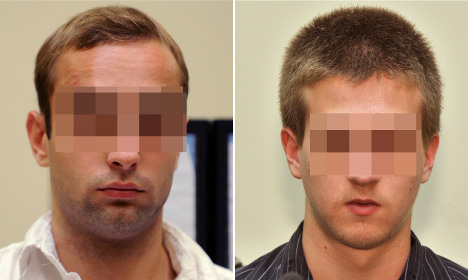 The pair beat and kicked the 50-year-old at Munich’s Solln S-Bahn train platform on September 12, 2009 after he had tried to protect a group of younger children from their bullying.

Brunner had intervened while they were attempting to extort money out of the group of children on an S-Bahn train. Brunner offered to escort the children out of the Solln station but the teens, who had allegedly been drinking, followed him off the train.

After the altercation began, the defendants continued to punch and kick Brunner even after he had struck his head on a metal handrail and fallen to the ground.

Brunner died two hours after the altercation in a Munich hospital.

But contrary to first indications, Brunner did not succumb to injuries inflicted by the two young men. Instead experts determined that he suffered cardiac arrest due to a heart problem that had gone undiagnosed.

During the trial a witness also revealed that Brunner had thrown the first punch at the teens, apparently in an attempt to prevent being attacked.

But Markus Schiller still received the most severe sentence possible for a youth offender, because witnesses said he had kicked Brunner after he was already on the ground.

During the 12-day trial in the Munich youth court, which saw testimony from more than 50 witnesses, the defence had plead for a much more lenient sentence for the two teens, who were 17 and 18 at the time of the attack. The sentences were still short of what state prosecutors wanted, though.

Brunner’s death, following a display of what Germans call Zivilcourage, or “civil courage,” shocked the nation, and on Monday the German Police Union (DPoIG) praised the verdict as a “strong vote” for behaviour such as his.

“The verdict is hard and therefore good,” DPoIG head Rainer Wendt said in a statement. “We are happy that the court remained strict on the actual crime and the accompanying criminal energy of the perpetrators and was uninfluenced by minor side issues.”

Brunner’s heart defect did not change the value of his actions, the organisation said, adding that citizens should be expected to at least inform police when they witness criminal behaviour.