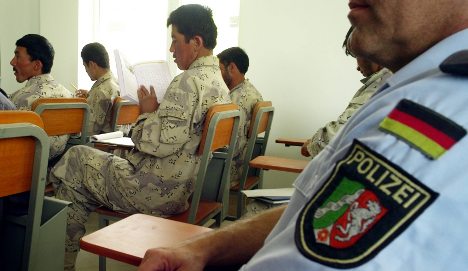 Brandenburg will not send any more police officers to Afghanistan, while other states including North Rhine-Westphalia, are having difficulty finding enough police officers willing to volunteer for the training duty.

Berlin’s interior minister Ehrhart Körting says he will continue to send police officers to Afghanistan despite his fears that such operations could contribute to radicalisation of Islamists living in Germany.

Bavaria has been sending officers to Afghanistan since the end of 2009 – officials say they are evaluating the security situation there very carefully.

The German police union has called for a re-evaluation of security measures in Afghan camps after two Spanish policemen and a translator working in the training programme were shot dead by a local recruit.

Germany’s budget for training Afghan police has been set at €77 million for this year, with around 200 police officers working on the ground.