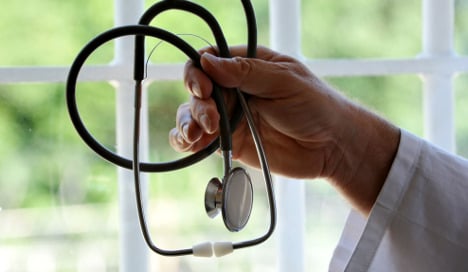 The German Medical Association (BÄK) and the National Association of Statutory Health Insurance Physicians (KBV) announced the results of a study showing that medical care is becoming harder to find in some parts of the country, particularly rural areas.

The study made it clear “that the doctor shortage is not a phenomenon anticipated for some time in the future, but is an urgent threat,” said KBV head Andreas Köhler.

Older doctors are retiring with no one to replace them, the associations said in Berlin. The average age of doctors in 2009 was 51.9 years.

Many doctors are going to study overseas, and the growing number of women doctors means that there are fewer full time medical practitioners, as women tend to work shorter hours for reasons such as having children. More than 60 percent of medical students in 2008 were female.

“The gaps in outpatient and GP medical care are getting ever larger,” a statement by the two associations said.

By 2020, some 51,774 doctors will need to be replaced in outpatient care facilities, among them 23,768 general practitioners.

In 2009, the state of Saxony-Anhalt was short 133 general practitioners and Lower Saxony short 219.

BÄK vice president Frank Ulrich Montgomery said: “Barely anyone still doubts that we find ourselves on the road to waiting lists for medicine. Specialists including gynaecologists, eye doctors, dermatologists and neurologists all face shortages.

In hospitals, about 5,000 positions were unfilled, the groups said. A decade from now, nearly 20,000 senior physicians and head physicians will have retired.

Essentially, there are simply not enough medical students graduating and many of those who do travel overseas after their studies, the study found.

Roughly 50,000 high school graduates apply each year for the 10,000 first-year medical degree places. Nearly one-sixth of students between 2003 and 2008 finished their courses. Of those who do complete the degree, many go travelling and work overseas.

Furthermore, the next generation of doctors had very different expectations from their older colleagues, putting more emphasis on free time and quality of life, meaning they would not work such long hours, Köhler said.