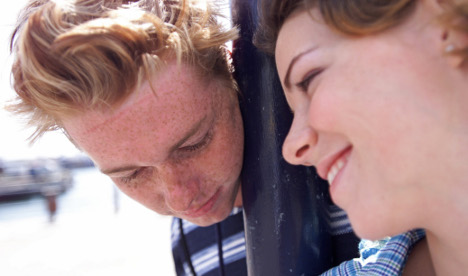 Overall German teens are less sexually active than they were in 2005, according to the Federal Centre for Health Education (BZgA) study.

Not only are they older when they lose their virginity, they are also more diligent when it comes to using contraceptives, BZgA director Elisabeth Pott said at the study presentation in Berlin.

“This is an important message, because the impression is often that youths are having sex earlier and more frequently,” Pott said. “It it very clear that sexual activity is happening later.”

“The interest in pornography is much smaller than feared,” said Pott.

Some 3,500 young people took part in the survey in 2009, among them about 1,000 teenagers with an immigrant background.

More boys from immigrant families were sexually active than their German counterparts (72 percent compared to 65 percent), though the numbers were still significantly lower than in 2005.

However, girls from immigrant families were more likely to wait for sex, with 53 percent of the 17-year-olds saying they were still too young. The number was down two percentage points from the 2005 survey and 13 points lower compared to their German counterparts.

Many teens named their own shyness and the lack of a proper partner as reasons for holding back.

“The desire for trust is huge,” Pott said, adding that most teens were in a steady relationship before they went to bed together.

The reasons for the shift to more responsible sexuality among teens are manifold, Pott said, explaining that greater knowledge is a main part of the trend.

“There were times when sexuality was revolutionised and people were against established structures, and that wasn’t just for the ’68 generation,” Pott said. This doesn’t necessarily mean that today’s teens are more conservative than previous generations, but that they have a dominant wish for intimacy and trust.

Just eight percent of German youths said they did not use contraception for their first sexual experience.

“Birth control is going better than ever,” Pott said, saying boys’ behaviour was beginning to be as responsible at that of girls.

A high proportion of German girls and boys (69 and 58 percent, respectively) said they had open conversations with their family about birth control. For children of immigrants this was less common, with half of girls and 41 percent of boys reporting such a conversation.

And for those who feel they can’t talk with their parents, help is often available in schools.

“There is often a trust for teachers, who can answer questions that otherwise no one would answer,” Pott said.