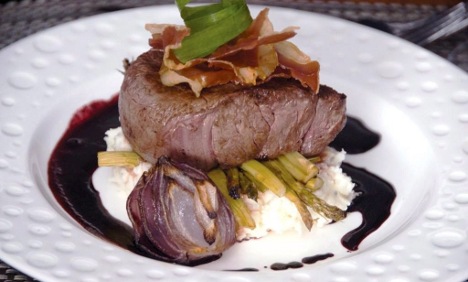 The VEBU vegetarian association caused a sensation last week by placing advertisements in for a ‘cannibal eatery’ going by the name “Flimé” hoping to cater to people wanting to snack on their fellow man.

Besides requesting potential donors of body parts to undergo a medical examination and become members, the macabre restaurant said it was looking for an “open-minded” surgeon willing to extract select cuts. The ads also referred to serving “Wari” food, a reference to the Waricaca tribe in Brazil’s Amazon rainforest, which once practised cannibalism.

Both the German and international media fell for the hoax, reporting on the oddball ad campaign. But on Thursday VEBU announced that “Flimé” was actually an abbreviation for Fleisch isst Menschen, or “meat eats humans.”

“Whether it’s world hunger, climate change, water shortage, deforestation, animal disease or lifestyle diseases – all of these huge global problems are caused by or intensified by our meat consumption,” the group’s spokesman Sebastian Zösch said.

VEBU’s campaign was designed to draw attention to the issues connected to meat consumption, he said, adding that every 3.6 seconds a human dies of starvation while the majority of the world’s grain goes to feeding livestock.

“Those who don’t want to harm people with their diet should abandon eating meat altogether and adopt a vegetarian or vegan lifestyle,” the site said.