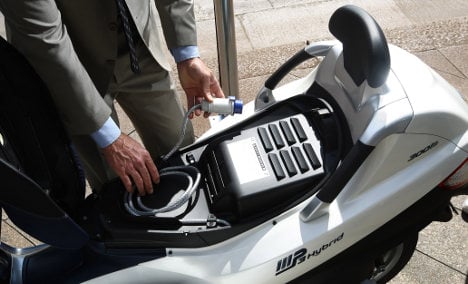 In the latest of several similar cases to occupy the German justice system recently, a 41-year-old Neunkirchen man lost his job as a network administrator because his employer said he did not have the right to use electricity at their expense.

He charged the vehicle for approximately one and a half hours.

The man, who had worked for the company for 19 years, first took his case to a Siegen court, which ruled in his favour because they had employed him for so long without complaint.

But the company appealed, and now the case will be addressed on Thursday at the court in Hamm.

This June a federal labour court in Erfurt ruled that a former cashier for the Kaiser’s supermarket chain was unjustly fired for allegedly taking €1.30 in bottle deposits after 31 years on the job.

The presiding judges said the infraction by Barbara E., known throughout Germany by her nickname Emmely, was not worthy of termination because the value of the deposit slips was so low. The case, which began in August 2008, sparked outrage across Germany, as the cashier’s supporters felt she was unnecessarily persecuted for a minor offence.

In recent years, there have been several other cases involving Germans fired for small misdeeds such as improperly eating leftover company food while on the job.

A disabled Hannover woman working at a nursing home was sacked after 18 years on the job for eating pâté intended for patients last November and in October a court in Baden-Württemberg ruled that a 58-year-old nursing home worker was rightfully sacked for taking home leftover Maultaschen, a Swabian specialty similar to ravioli.

Those incidents were preceded by a 59-year-old Dortmund secretary who was fired after 34 years on the job for snagging a Frikadelle, or meatball, after setting a conference buffet for her employer, the North Rhine-Westphalian building association. The company later retracted her dismissal in response to public outrage.