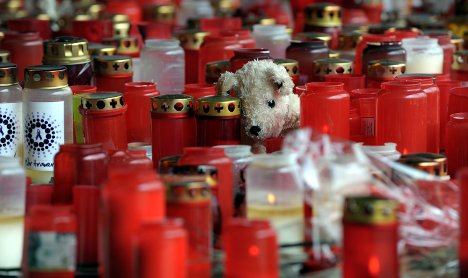 The Bonn law firm examining the incident for the Interior Ministry of the state of North Rhine-Westphalia (NRW) said Duisburg municipal authorities and the firm Lopavent were responsible for safety at the techno music festival on July 24.

The report said the city should have checked on the fateful day if organisers had the security situation under control and stepped in if there were not in compliance. The law firm said the police, who have come under fire by Lopavent for their alleged role in the disaster, were not primarily responsibility for maintaining safety.

But in a separate report commissioned by Duisburg also released on Wednesday, the city rejected any responsibility for the events that left 21 people and 500 others injured.

“The city was not negligent in the planning and preparation of the Love Parade. The authorities behaved lawfully,” the 130-page report said.

But according to Thomas Stotko, the Social Democrats’ parliamentary interior affairs expert in NRW, the authorities in Duisburg only checked on Lopavent’s security team on the evening before the Love Parade – which ended in tragedy after 21 people were crushed in a crowd of people caught in a narrow tunnel leading to the grounds where the event was held.

Stotko said only state prosecutors would be able to determine if the police remained culpable for not reacting sooner to the poor crowd control. The police have repeatedly denied they could have prevented the situation from getting out of control and were only asked to intervene by the organisers after their security apparatus completely collapsed.

However, Lopavent this week presented its version of how the tragedy happened on its website, pointing to the barrier chain set up by police as the likely cause of the deadly crush.

Along with 22 hours of raw, unedited footage from seven separate cameras, Lopavent has also posted its own six-minute explanatory video with graphics and video images presenting its own version of what went wrong. The video is accompanied by both English and German commentary.

A Duisburg group called Bürgerkreis Gedenken is planning on honouring the victims of the tragedy on September 4 by putting items of remembrance and mourning in a glass cube in the tunnel.