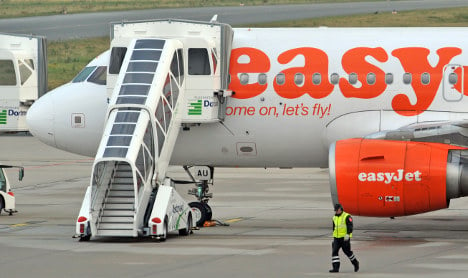 Gitta Jarant and her daughter Anke Anusic denied knowing that Kurt Willi Jarant, 91, had breathed his last when the trio arrived to check in for a flight to Berlin from Liverpool in northwest England.

Now though, almost five months later, Willi has been cremated and his ashes have arrived in Berlin, where they will have pride of place on his widow’s mantelpiece while they await burial, the Bild daily reported.

“Willi would be happy to know that he is back in Berlin. This was always his home,” the paper quoted Anusic as saying.

Staff at John Lennon Airport had helped the elderly man, who was reportedly wearing sunglasses, out of a taxi into his wheelchair but officials became suspicious, taking his pulse and discovering he had passed away.

“My Willi died at the airport. He suddenly looked so limp, like a wax figure. And his fingernails suddenly turned blue,” the widow said at the time. “He was still warm when we were at home, I swear it.”

British police were not so sure however, suspecting that the pair wanted to save on the high cost of repatriating the corpse of the former pilot.

The two were released on bail and will reportedly learn later this month whether they will have to face trial in England, Bild said.

The paper added that ashes were brought back by the old man’s widow, Anusic and her sister Peggy.