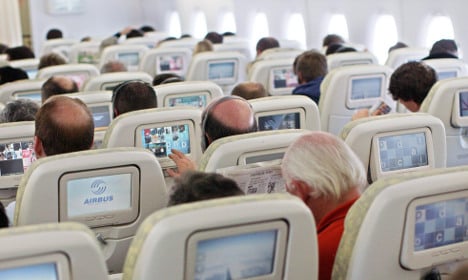 “People’s health, and above all the security of passengers should not be abandoned,” Rita Pawelski, parliamentarian and tourism affairs expert for the conservative Christian Democratic (CDU), told daily Bild. “There must be more leg room in planes, even in economy class.”

Pawelski argued that tall or overweight passengers were at risk during long-haul flights due seating arrangements that constrict leg movement. While cars and other forms of transportation are subject to strict European Union standards of security, no regulations for the space between airline seats exist, she said.

“Doctors and frequent flyers warn mainly of thrombosis, because the seats are getting increasingly closer at almost every airline,” she told the paper, saying that even a two-hour flight can amount to “physical torture” for tall people, while the corpulent can only “peel” out of a seat with great difficulty.

This poses a serious threat in the event of evacuation, she added.

“We must find a rule to protect flight passengers,” he told the paper. “It should be uniformly regulated on a European level, which is why I will propose the subject to the European parliament.”