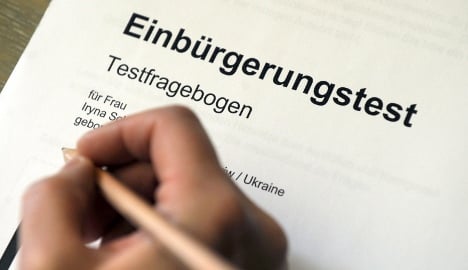 The test, introduced two years ago, poses 33 questions on politics, history and civic affairs to foreigners who want to become naturalised as Germans.

“We are seeing a positive result,” the parliamentary liaison at the Interior Ministry, Ole Schröder told daily Die Welt. But he added: “The rate shows that they questions are not too hard.”

The test, which aspiring citizens have had to take since September 1, 2008, was meant “to ensure that new citizens have to be engaged with civic questions,” Schröder said.

But the applicants have a considerable advantage in the fact that the pool of about 300 questions – of which examinees must answer 33 randomly chosen – is published on the internet.

By June this year, about 120,000 people had taken the test, Schröder said. Some 2,700 people had been forced to repeat the test, of whom about 92 percent passed on the second go.