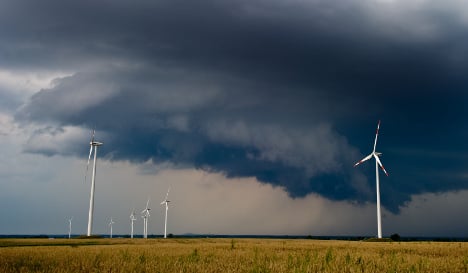 “We have measured more than double the amount of rain as the long-term average for August,” said DWD spokesman Uwe Kirsche.

About 160 litres per square metre had fallen on average across the nation. That compares with the average over many years of just 77 litres.

Wide-ranging measurements have been taken since 1901. The highest rainfall level was recorded at the Great Arber peak in the Bavarian mountains which had 343 litres of rain per square metre.

According to the DWD, the summer has been an unusually capricious season. June, July and August saw 20 percent more rainfall than normal and 10 percent more sunshine as well as being on average 1.5 degrees Celsius warmer.