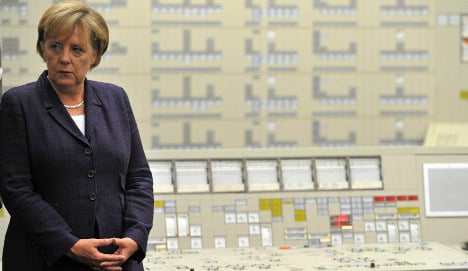 An extension of 10 to 15 years was “technically reasonable,” the chancellor said in an interview with TV channel ARD.

Merkel’s conclusions were based on a report by experts, widely quoted by German media on Saturday, which recommended an extension of 12 to 20 years to allow “the best outcomes for climate protection and the economy”.

If the upper house, or Bundesrat, was bypassed on the issue – a tactic Merkel may need to resort to – “then we will present before the Constitutional Court,” he told broadcaster Bayerischer Rundfunk on Monday morning.

The pro-business Free Democrats general secretary Christian Lindner defended the planned extension and said he was confident his party – the junior members of the ruling coalition – would reach an agreement with the conservative CDU.

“Yes, there is a common position here,” he told broadcaster ARD.

He added the discussion was clearly moving in the direction of an extension for a “medium period” of between 10 and 20 years, though the precise period would be the subject of further debate.

The phasing out of 17 German nuclear power plants starting in 2021 had been planned by Merkel’s predecessor Gerhard Schröder.

Merkel’s government, however, pushed back the programme and had not fixed a new timetable for the phase-out.

In a statement on Friday, Merkel said renewable energies should supply half of all energy needs by 2050 and that nuclear and coal power would continue until supplies could be met entirely by clean energy.

A poll published on Friday found that 56 percent of Germans are against keeping nuclear power plants beyond 2021.

The Greens have called for an anti-nuclear demonstration to take place on Wednesday in Berlin.