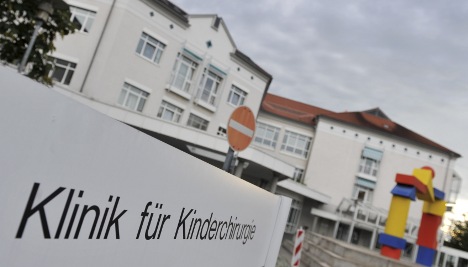 An investigation centring on suspected negligence in the Mainz University hospital and its pharmacy has cleared staff there, instead pointing to the contamination of a glass bottle well before drip-feed solution was prepared, city prosecutor Klaus-Peter Mieth said.

Staff in the pharmacy and in the children’s clinic at the hospital could not be held culpable, he said.

Three babies died after they were administered with drip feeds contaminated with intestinal bacteria.

Whether the infection actually is the root cause of the children’s deaths remains unclear. They were all born very prematurely and were being kept in the hospital’s intensive care unit.

But it now seems certain that the contamination with the bacteria did not come about through negligence or lack of regard for standards in the Mainz Hospital.

The hospital’s system was completely in order and ensured by an “excellent quality assurance system” that belonged “at the peak of even European standards,” said Martin Exner, head of the Institute for Hygiene and Health of the Bonn University Hospital and president of the German Society for Hospital Hygiene, which investigated the facility.

The investigation by Bonn University found that no bacteria was found anywhere else in the Mainz University clinic drip feed solution, and also the tubing that supplied the solution to the babies was not affected, Mieth explained.

A contamination by the manufacturer of the contents of the bottle was also considered unlikely.

Rather, the likely cause was contamination of the bottle during transport. The bacteria then got into the fluid solution, Mieth said.

The bottle was contaminated even though such products are supposed to be sterilized and sealed.