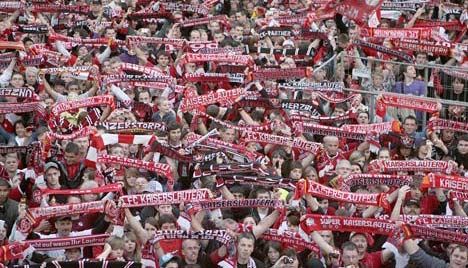 Kaiserslautern are back in the Bundesliga after a four-year absence and for Bayern’s youngsters Thomas Müller, Holger Badstuber and Diego Contento, this will be their first trip to the notorious Betzenberg stadium.

Known locally as the Betze, it is far more than just Kaiserslautern’s ground and the home fans amongst the capacity 48,500 supporters will be baying for Bayern’s blood.

“It’ll be very intimidating,” said Klose, who played for Kaiserslautern from 1999 to 2004. “The Friday evening matches are the best occasions at the Betze, and there’s a very fierce and long-term rivalry between the two sets of fans.”

He said he expected an immensely hostile reception.

“We’ll be playing against twelve men,” Klose said. “I’ve been telling the other players about it. I’m assuming the Betze will be seething.”

“Their fans don’t like Bayern very much, and they support their team even more as a result,” said Bayern’s Germany star Bastian Schweinsteiger.

“There’s a real edge to the fixture. And there’s something special about climbing the hill to get there.”

Kaiserslautern have received 130,000 ticket applications for the 48,500 available seats. Both sides began their Bundesliga campaign last weekend with a win on the opening day.

While defending champions Bayern left it late to beat Wolfsburg 2-1, Kaiserslautern inflicted a 3-1 defeat on 10-man Cologne to announce their arrival back into the Bundesliga after winning the second division.

Both sides are almost at full strength and Bayern coach Louis van Gaal may bring striker Ivica Olic, who has taken part in light training this week, off the bench as he recovers from a painful knee injury.

Defender Martin Demichelis remains out of the squad after his protest at being left out of the starting side against Wolfsburg.

St Pauli pulled off a great escape last weekend in their opening Bundesliga match when they conceded a 78th-minute goal to go 1-0 down, only to stage a grandstand finish with three goals in eight minutes to win 3-1.

Wolfsburg are chasing the signature of Brazilian midfielder Diego from Juventus as they look to bolster their midfield and the deal is expected to be finalised on Friday.

Bremen, who earned a Champions League place with their 3-2 second-leg defeat at Sampdoria on Tuesday, are likely to hand a debut to Brazilian midfielder Wesley when they host Cologne.