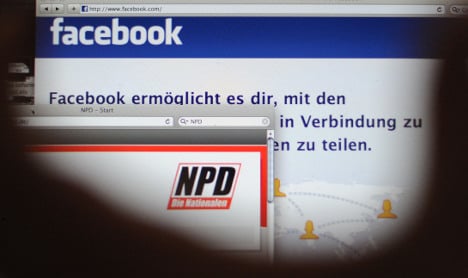 German youth protection authorities Jugendschutz presented a report this week detailing the burgeoning neo-Nazi web offerings, including the use of social networks and video platforms.

The online offensive is part of the strategy right-wing extremists are using to disguise their propaganda and lure younger recruits, according to Jugendschutz authorities.

“This example showcases how right-wing extremists are abusing Web 2.0,” said Stefan Glaser from jugendschutz.net. “Their activities are increasingly found there because they can reach more young people.”

Extremists are also disseminating materials meant to look harmless, such as a CD of children’s songs and lullabies for tots between the ages of three to eight purportedly sponsored by Chancellor Angela Merkel. However, the songs actually contain anti-Semitic lyrics and encourage racist violence and Holocaust denial, daily Die Welt reported on Wednesday.

According to research done in partnership with the Federal Agency for Civic Education (Bundeszentrale für politische Bildung), Glaser said that since 2007, the amount of neo-Nazi activity found on platforms such as Facebook, YouTube and Twitter has exploded.

Recently state intelligence experts have warned that the neo-Nazi NPD party had increased their focus on online German social networks such as SchülerVZ, StudiVZ and beyond.

Experts say the danger is that many young people are unable to recognise propaganda and attempts at indoctrination from these groups at first glance. Instead of blatant symbols such as swastikas, many are using graffiti and other less-recognisable imagery from youth culture.

The abuse is rampant, and Jugendschutz.net counts an additional 10,000 active users of neo-Nazi blogs and download portals per day, Glaser said. The number of these radical internet sites has reached an all-time high, from 1,635 in 2007 to 1,870 now.

“The internet is the propaganda medium of choice for right-wing extremists to spread hateful content in order to net young people to talk with,” he told the paper.

Because more children are beginning to use the internet than ever before, Glaser encouraged internet service providers to invest more in security and social responsibility.