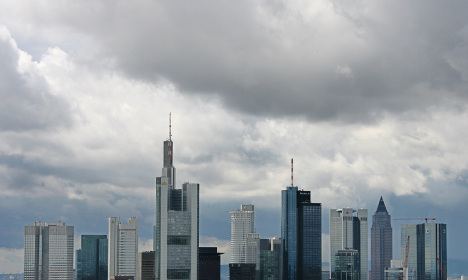 German banks would have to set aside part of their profits to feed a fund that would deal with the potential collapse of a financial institution deemed to be of strategic importance.

The proposed legislation is expected to be approved by lawmakers by the end of the year and would tax banks based on their size and level of risk taken by their managers.

Germany is the first country to move towards implementing such a bank tax, and was pushed to act after bailing out the property-lender Hypo Real Estate at a cost of more than €100 billion ($127 billion) in guarantees.

Berlin wants other countries to follow its lead so German banks are not put at a disadvantage to foreign competitors, but to date only France has expressed enthusiasm for a similar tax.

No precise figures have been floated regarding potential revenues, though the government has said they would have amounted to €1.3 billion in 2006, before the financial crisis struck.

The bill would also allow authorities to step in faster and more forcibly if a systemically important bank shows sign of weakness.

The government could for example sell off bank assets before helping to restructure remaining operations with cash from the fund.