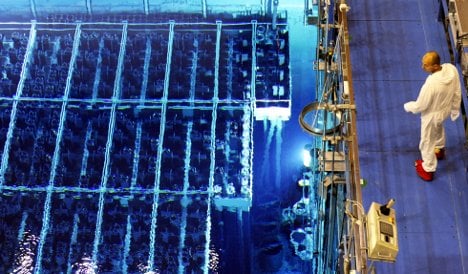 “A policy that consists of filling the budget by creating new energy taxes amounts to blocking important future investments,” said a text published by the business daily Handelsblatt.

The letter is to be printed Saturday as a full-page ad in other German newspapers and takes aim at a mooted tax on nuclear plants that could raise €2.3 billion ($2.9 billion) per year for the state as it seeks to balance the public finances.

Chancellor Angela Merkel wants nuclear power plant operators to pay the tax in exchange for an extension of the plants’ lifetimes, which is to end in around 2020 under the terms of a previous decision.

“A precipitate exit from nuclear power would destroy billions of euros in capital,” the letter warned.

“We cannot give up for the time being on coal or nuclear energy if we want energy prices to remain affordable for all,” it added.

Among those who signed the letter were the heads of major power companies EON, RWE and Vattenfall.

The leaders of industrial giants BASF, Bayer and ThyssenKrupp added their names, as did heads of the retail group Metro, media group Bertelsmann and Germany’s largest bank, Deutsche Bank.

Without being named directly, the leader of one major German company called the text a “warning shot for the government.”

Merkel’s government aims to decide on its new energy policy by the end of September.