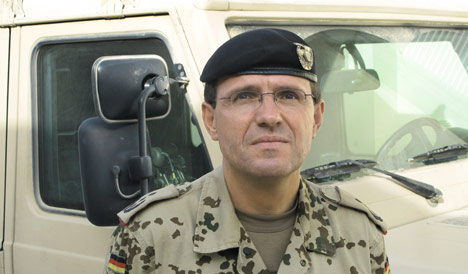 “There were no indications of dereliction of duty,” the Defence Ministry said in short statement announcing the end to the probe into Klein’s actions on September 4, 2009 near Kunduz in the north of the strife-torn country.

The decision by the military to abandon its investigation comes after German prosecutors also chose not to pursue criminal charges against Klein earlier this year for calling a NATO air strike on two petrol tankers hijacked by the Taliban. The bombardment killed an estimated 142 people, among them dozens of civilians.

The Karlsruhe-based prosecutors’ office announced in April that Klein had broken neither German nor international law because he had every reason to assume only insurgents were around the hijacked tankers, not civilians.

A parliamentary inquiry into the incident is expected to wrap up later this year.

Earlier this month, the Defence Ministry announced the families of 102 Afghan civilians killed or injured in the air strike would receive $5,000 in compensation.

A ministry spokesman said the payment corresponded to the “type and fashion typical for the country,” but an Afghan politician called it a “laughable” sum that put a cheap price on human life.