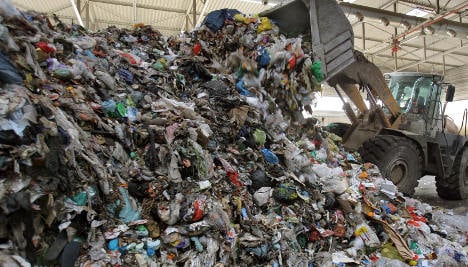 The Brazilian Institute of Environment and Renewable Natural Resources (IBAMA) said the ship contained 22 tonnes of trash, though its contents had been falsely declared as polyethylene plastic to be recycled and sold.

According to IBAMA, the trash included household waste, including diapers, cleaning products and “all kinds of contaminated waste.”

Customs papers claim the material came from the Czech Republic and was destined for a Brazilian company called Recoplast.

The ship, manned by Korea’s Hanjin Shipping, arrived in the port last week, and was allegedly exported from Germany by a Hong Kong firm called Dashan.

“The violation of the international agreement is an affront against the signing nations, and in this case contemptuous of Brazil and Brazilian society,” he said.

Meanwhile German authorities have begun investigating how the illegal trash could have been overlooked by customs officials.

“We check whether the papers are in order and only inspect the cargo if there are irregularities,” a Hamburg customs spokesperson said.

Some 22,000 shipping containers are handled at the Hamburg port each day, but there are no figures on how much of that might involve rubbish, the spokesperson said.

Brazilian authorities have reacted strongly to the discovery after they were scandalised to find illegal trash shipments from Europe in 2009 – including 1,400 tonnes from the UK. At the time politicians alleged that European nations wanted to use their country as a “land fill.”