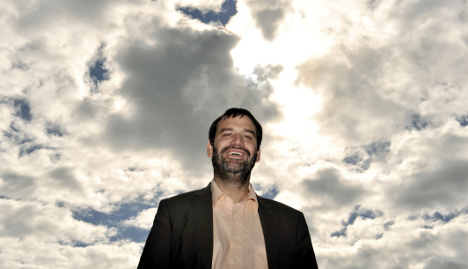 Daxenberger, who was 48, lost his seven-year battle just hours before his wife was due to be buried.

A trained blacksmith and organic farmer, Daxenberger was chairman of the environmentalist Greens in Bavaria from 2002 to 2008 and the party’s leader in the state parliament from 2008 until June this year.

He was also mayor of his home municipality of Waging am See near the Austrian border – the first Green party mayor in Bavaria. He was so popular that he was re-elected in 2002 with a whopping 75.6 percent of the vote.

On Sunday, his 49-year-old wife Gertraud had died from breast cancer that had metastasized and spread into her lungs.

The Daxenbergers are survived by three sons aged 12, 17 and 20, as well as by Sepp Daxenberger’s mother and father aged 68 and 70.

“This is a tragedy that leaves one speechless,” said Bavarian premier Horst Seehofer.

Federal Justice Minister and chairwoman of the Free Democrats in Bavaria, Sabine Leutheusser-Schnarrenberger, called Daxenberger’s death “a drama hard to bear, even for outsiders.”

“Sepp Daxenberger was a social conservative rebel who combined political radicalism, ecological consciousness, a bond with his homeland and a Christian set of values in unique ways,” they said in a statement.

He had helped forge what might have seemed impossible in conservative Bavaria: making the Greens a political force to be reckoned with, they said.

Since 2003, Daxenberger had been suffering from a plasmacytoma, cancer of the white blood cells that causes them to reproduce uncontrollably and leads to destruction of the bone marrow. His condition had deteriorated rapidly in the past few months.

He stepped down from his position in the Greens parliamentary group in June and shortly after that suffered a stroke.

But Daxenberger continued fighting his illness and managed on one occasion to attend a meeting of Greens MPs.

Towards the end, his treatment was “very painful, very exhausting, but not successful, at least not consistently,” he said during his last public appearance, at the Munich Maximilianeum, where the state parliament is housed.