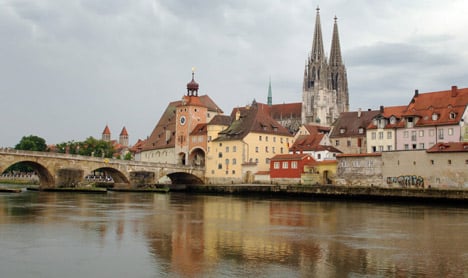 Effective immediately, 85 hospitality staff from establishments in the picturesque medieval city’s centre will no longer serve food or alcohol to right-wing extremists, the group told daily Donau Post on Tuesday.

“Nazis and other racists have no place in our establishments,” the group told the paper, adding that Regensburg is an enlightened city where people of different backgrounds live peacefully.

The initiative, called Keine Bedienung für Nazis, or “No service for Nazis,” began in support of a young barkeep attacked by a gang of neo-Nazis when he tried to protect a dark-skinned woman and her child from their insults a few weeks ago, according to the Mittelbayerische Zeitung.

At least six men with shaved heads brutally beat and kicked the man with their heavy boots before he was able to escape to a nearby street snack bar, where his attackers managed to kick through the door but did not get in, the paper said.

The 85 servers who have signed on to the initiative are hopefully just the beginning of a wider movement, the group said, adding that they hope to see their stickers in the windows of every establishment in town someday.