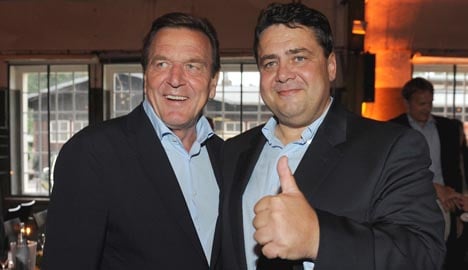 The dismal approval rating for the CDU, which is the major party in the ruling, centre-right coalition, comes despite the surprisingly robust performance of the economy, strong exports and falling unemployment, confounding conventional wisdom about what makes a government popular.

A report this week in news magazine Der Spiegel cited government sources as saying that Merkel, who has been on holiday in the Dolomites for the past two weeks, plans to return with a new, tougher leadership approach.

The environmentalist Greens are also soaring in the polls, scoring 17 percent support, according to Allensbach. That compares with a woeful 6 percent for Merkel’s junior coalition partners, the pro-business Free Democrats.

On these numbers, the SPD would have a strong shot at forming government with the Greens – the ideal coalition outcome for both parties.

The recent polls are a stunning turnaround on the last federal election in September 2009, when the CDU-CSU won 33.8 percent of the popular vote compared with the SPD’s 23 percent.