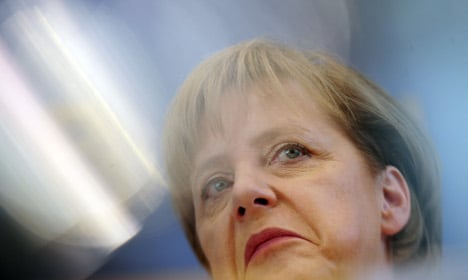 Germany’s gross domestic product (GDP) expanded 2.2 percent in the second quarter, according to data on Friday, the strongest three-monthly gain in output

since East and West Germany reunified in 1990.

This followed figures showing that exports, the backbone of the German economy, rocketed 28.5 percent year-on-year in June to reach €86.5 billion ($111.7 billion), close to pre-crisis levels.

Germany has long been lambasted for doing little to get consumers shopping, but a 31.7-percent leap in imports to a record €72.4 billion suggested that consumer demand is also returning to rude good health.

“Exports are doing so well that they are helping to produce more jobs and more wages in Europe and this in turn is producing more domestic demand,” Deutsche Bank senior European economist Gilles Moec told news agency AFP.

Inflation, meanwhile, which has terrified Germans since the harrowing price increases of the inter-war Weimar Republic, remains tame, last hitting an annualised rate of 1.2 percent in July.

The recovery is all the more remarkable considering that the global downturn sparked by the financial crisis in 2008 and 2009 caused Germany’s economy to record its sharpest drop in GDP in the post-war era last year.

Thanks in large part to government schemes, a feared spike in unemployment failed to materialise, with the jobless rate now hovering at 7.5 percent as German firms – whose profits are up – begin hiring again.

But the conservative Christian Democrat Merkel is failing to profit, 11 months after winning a second term.

“The Germans see no link between the good performance of the economy and Merkel’s government,” Gerd Langguth, political scientist at the University of Bonn, told AFP.

Voters, analysts say, have been turned off by the apparent indecision and very public squabbling of Merkel’s coalition – a tie-up she chose – and by Merkel’s hesitant handling of the Greek and eurozone crises.

“Voters hate that – they only see indecision,” political scientist Jens Walther at the University of Düsseldorf said of the party infighting.

The parlous state of public finances has meant that the coalition is unable to deliver on pre-election promises of tax cuts, choosing instead to slash spending, while progress on reforming health care and education has stumbled.

“For most people, there is no recovery. They are not earning more, but the costs of life are rising,” political scientist Barbara Riedmueller from Berlin’s Free University told AFP.

In late September, Merkel is expected to say that the life of some of Germany’s nuclear plants will be extended beyond the planned shut-off date of around 2020, in what will be a highly divisive decision.

Environmentalists have promised street protests, and the opposition Greens and the Social Democrats, who pushed through the switch-off while in power in 2000, and who are now riding high in the opinion polls, can’t wait.

A disastrous election result in May in North Rhine-Westphalia, Germany’s most populous state, robbed Merkel’s governing coalition of its majority in the upper house, constricting her ability to pass legislation.

Merkel is facing a “super election year” in 2011 with six of Germany’s 16 states going to the polls, three of them in March.

“Mrs. Merkel is going to have a very tough year,” Langguth predicted.