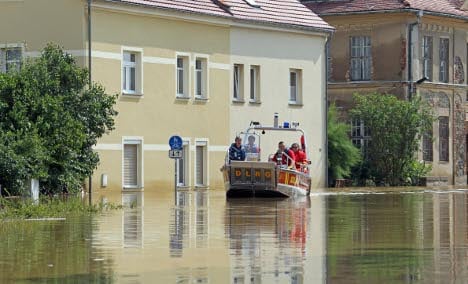 Public prosecutors will now have to take up an investigation to find out whether the dam operators negligently allowed the flooding to occur, the city council said. Flash floods near the German-Polish-Czech border triangle resulted in the deaths of at least nine people in the region as a result.

Mayor Joachim Paulick said the city has a “big interest” in clarifying the cause of the accident and the resulting flood on the Neiße River, which heavily affected the districts of Hagenwerder, Weinhübel, Altstadt, and Ludwigsdorf. The authorities estimated on Friday that all of Görlitz county suffered €200 million in damages.

After the Polish dam broke over the weekend, Neiße water gauges quickly surged to levels of more than seven metres, forcing authorities to evacuate parts of the city. Some 1,400 residents had to sleep in sports halls and schools. One man was fished out of high waters south of Görlitz with the help of a rescue helicopter. He was admitted to the hospital with hypothermia and other injuries.

The situation created “a concrete danger to people,” the city council said, adding that there had been extensive property damage as well.

Other Saxon towns Rothenburg, Bad Muskau and Zodel were also badly affected by the floods. In Bad Muskau the UNESCO-protected Fürst Pückler Park was completely flooded.

As the week went on floodwaters rolled into the neighbouring state of Brandenburg, but had mostly receded by Friday.