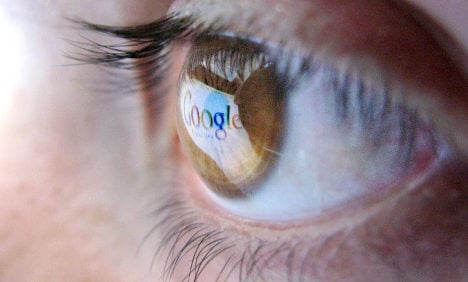 In a behavioural study published in June, researchers found that Berlin university students, despite talking up their privacy concerns, were prepared to trade personal information for a small financial gain.

Given a choice of two online stores, one of which charged €1 less for DVDs but demanded to know the customer’s date of birth and monthly income, the vast majority of the students went for the discount.

In fact, even when the discount was scrapped, they were no more likely to pick the privacy-friendly store, even though three quarters said they had a very strong interest in data protection and almost all said they were interested in protecting their personal information.

It’s a fascinating finding, given the current furore in Germany over the privacy implications of Google Street View – an online program allowing users to see panoramic, street-level images of cities around the world. Are Germans all bluff and bluster – and no action – when it comes to privacy? Or does Germany’s vigorous reaction to Street View reflect an uncommonly possessive attitude towards the private sphere?

Although the aforementioned researchers are wary of superimposing their results onto the Google Street View debate, German contributor Sören Preibusch, based at the University of Cambridge, said there is a “common theme” between the two issues.

“I think there … seems to have been a bit of an overreaction (to Street View) with so many people complaining,” he told The Local. “We have to see whether people really do go ahead with protecting themselves, or whether it will actually all be forgotten.”

Tempest in a teacup?

The first thing everyone agrees on is that Street View, which shows gives users a virtual tour of cities, doesn’t break any laws. It is perfectly legal to take pictures of public areas and publish them on the internet, said lawyer Dominik Boecker, a Cologne-based lawyer who specialises in data protection issues.

The German website, Sightwalk, is already doing something similar to Street View but has attracted no apparent controversy, according to Boecker. The attention given to Google probably has something to do with its being a dominating US internet giant.

But a lot also comes down the fact that, in the quiet summer period, many lesser-known politicians have seen their chance for the limelight, he believes.

“I don’t think it’s the people being overly concerned, as much as it is the politicians. Most people are on holidays … the second tier of politicians are stepping forward … trying to get into the press, creating a tempest in a teacup,” he said.

He’s not alone in that view. Sascha Lobo, probably Germany’s best known technology blogger, said Street View has given a lot of politicians an easy issue to cling on to.

“They have come up with something simple that people can be afraid of: some huge firm is making photographs of your home and making money from it,” he told The Local.

But what about genuine, legitimately held privacy worries? Germany’s leading consumer group association, the VZBV, has no objection to the principle of Street View and does not want it banned, but is calling for clearer laws to make sure people’s objections are legally enforceable – something government politicians have hinted at this week.

Falk Lüke from the VZBV said under the existing laws “you may have a problem enforcing your rights.”

For example, a member of the public who complained that his face or body was not properly blurred would have to take action against Google Inc, not Google Germany, which means a far more complicated set of international laws apply, Lüke said.

In particular, the European “safe harbour” regime, which is supposed to safeguard data protection for information gathered within the EU but processed in other countries, has “major loopholes,” he said.

“The government could really do a lot more than just complain,” he told The Local. “We urge them to change laws and not just try to change minds.”

Plenty of commentators have noted that Germany is naturally more sensitive regarding private data because of its Nazi and communist East German history.

But blogger Lobo said there are other intrinsic qualities that make Germans touchy about Street View, among them what he calls the “very Prussian idea” that the private sphere extends further than the interior of one’s house.

“The private sphere … extends to your surroundings. Disturbing others is the biggest danger someone can create – it’s why someone might complain about (noise from) a playground five blocks away,” he said.

Street View isn’t, strictly speaking, a privacy issue but rather an issue about the way massive amounts of relatively innocuous information are put together and made easily available, without someone having to do the legwork of, for instance, travelling to a person’s home to see what it looks like from the sidewalk.

“Information is being linked together on a whole new scale,” Lobo said. “And there are legitimate concerns about that. What I call the ‘digital public’ is being born and it’s getting bigger and it’s getting to be an irremovable part of society. We have to get along with this, but the rules are still in development.”

Lobo’s biggest worry, which is shared by other commentators, is that the fixation on Street View means more important – but harder to understand – issues are going unscrutinised. Chief among them, he says, is Google’s current attack on internet neutrality, the principle that ensures internet service providers treat all websites and information the same – which stops a behemoth like Google squeezing out potential competitors.

“People are arousing themselves about Street View when they should be angry about net neutrality, which is a huge and far more dangerous issue that is not so easy to emotionalise,” Lobo said.

Bigger brothers to worry about?

Lawyer Dominik Boecker said that government intrusion into personal data is a considerably greater concern than anything Google is doing. He pointed, for instance, to the law, overturned by Germany’s Constitutional Court earlier this year that allowed authorities to keep every person’s phone and internet records for at least six months, or the fact social welfare recipients have to hand over large amounts of personal data.

“With private firms, there is either a law letting them collect the data or they need a person’s explicit permission … whereas the government is using the law and its enforcement,” Boecker said. “That’s the big difference and it’s a far more critical issue.”

Many observers hope that what will come of all this is a more sensible, and much needed, debate about the nature of privacy – and how to protect it – in the digital age. If indeed the debate about Street View is simply the culmination of people’s fears and doubts about the rapid changes to an information-based society, this may be the circuit-breaker that’s needed.

Mathias Schindler, a project manager with Wikimedia, points out what he considers some of the manifold absurdities of the opt-out rules that allow, say, one renter in an apartment building of 60 or 70 people to have the whole building blurred out.

The university city of Göttingen, where Schindler lives, has also been home to some of Germany’s most famous thinkers. Why, he asked, should a keen physics student in another country be prevented from seeing Max Planck’s former house just because its current, temporary resident wants it blurred out?

“I’m very interested to see whether this is a tipping point, where people say, ‘This is ridiculous. Bashing Google was fun but now it’s becoming a witch hunt and some people are using the issue of privacy to fight against innovation.’”