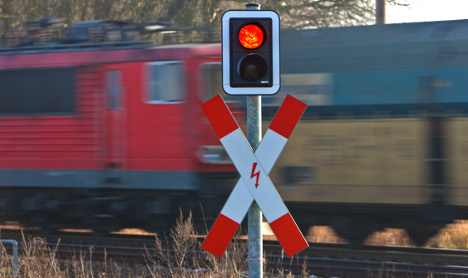 Though warning lights were flashing, witnesses said the driver turned onto a closed level train crossing and lost control on the tracks around 5 pm, local daily Ibbenbürener Zeitung reported on Friday.

In that moment a regional train travelling from Osnabrück raced through the intersection, destroying the silver Mercedes and dragging it some 400 metres, the paper said.

More than 25 rescue workers arrived on site to help the victims, who were trapped in the car. All three passengers, a 57-year-old man, 45-year-old woman, and 12-year-old boy, were killed.

Freeing the victims from the car was difficult and came too late, fire fighter Marko Lammerskitten told the paper.

“We could only work bit by bit from front to back,” he said.

The rail line was closed until 10 pm for cleanup and safety checks to warning lights at the intersection.

Meanwhile the heavily damaged train was able to make it back to the Ibbenbüren train station before it was pulled from service for repair, the paper said.