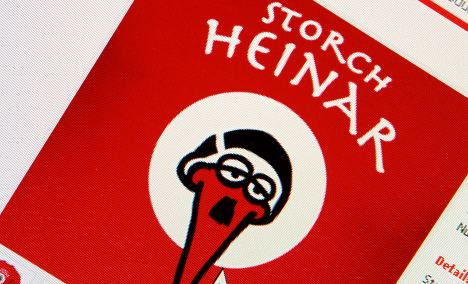 Thor Steinar’s manufacturer, Media Tex, was warned by a judge last month that the charges against the anti-fascist parody was largely unfounded.

Media Tex had alleged that the brand had been damaged by the humorous label. But Judge Horst Rottmann said there was no danger that the two could be confused.

Furthermore, Storch Heinar creator Mathias Brodkorb, an MP for the centre-left Social Democrats in the Mecklenburg-Western Pomerania, was protected under the country’s freedom of speech laws, the court said.

Brodkorb came up with the satirical brand, featuring a stork with a silly Hitler-style moustache and haircut, as part of the Social Democratic activist organisation Endstation Rechts, which aims to fight right-wing extremism in his state.

Its shirts, which have sold well since being launched in 2008, also bear mocking anti-fascist slogans such as “the Führer had only one egg (ball),” a reference to a popular World War II-era song that poked fun at the Nazis.