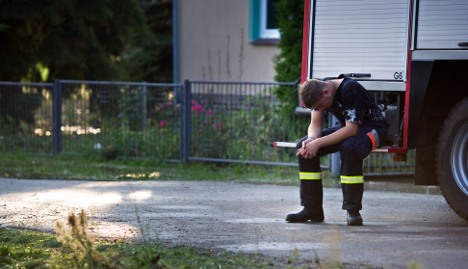 A spokesman for the crisis management committee of the Spree-Neiße district said water was being drained from the Spremberg dam down the Spree in the direction of the city of Cottbus.

This had caused water levels in Cottbus to rise slightly, though the flood alert for the city had not yet reached the lowest level of 1, which corresponds to a water level of at least 2.3 metres.

On Wednesday morning, officials planned check whether they could increase the flow of water from the Spremberg dam. Dykes in Cottbus were strengthened with extra sandbags as a precaution.

Brandenburg state premier Matthias Platzeck told broadcaster Deutschlandfunk on Wednesday morning that the situation was easing, but stressed it was still too early to give the all-clear.

“We are through the toughest patch,” he said. “(But) we still have very high water levels.”

The pressure on the dykes remained high, he said.

There are lingering fears that the situation would intensify when forecast rain arrived in the coming days.

Leaks remained in the dykes in the city of Guben, but these were being dealt with by the fire department and would be plugged if necessary.