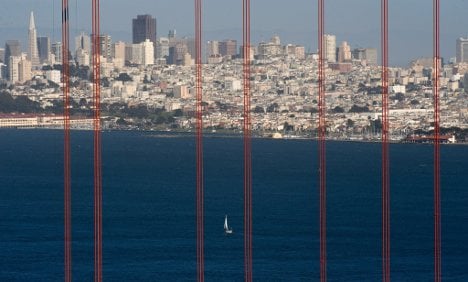 Phillip Stewart was released along with four other men who had been arrested after they were spotted by a taxi driver leaving the scene, the San Francisco Chronicle reported on Wednesday.

Mechthild Schröer, 50, of Minden, North Rhine-Westphalia was walking with her husband near the city’s popular Union Square plaza around 9 pm on Sunday when she was caught in the crossfire between two groups and shot in the head, the paper said.

Two teenagers, a 15-year-old boy and a 19-year-old woman, both from San Francisco, also sustained minor injuries in the shooting, according to local broadcaster KTVU on Tuesday.

Schröer and her husband had come to the city to celebrate their 25th anniversary and her 50th birthday.

The altercation was apparently between two groups of young people outside a private end-of-summer party. Nearby security cameras captured some of the shooting, which police are still reviewing as they await results for ballistics tests, district attorney’s office spokesman Seth Steward said in a statement.

“Currently, there is no positive identification of who caused the tragic death of Mechthild Schröer,” Steward said, adding that there was still a possibility the 18-year-old suspect Stewart might be charged.

Meanwhile police chief Jeff Godown told the paper that the case was “complicated.”

“It was a large crime scene, a lot of people out there. It’s going to take some time,” he said.

The paper added that the cab driver who followed the group leaving the crime scene and reported their whereabouts to police was hailed as a hero by Mayor Gavin Newsom.

The victim’s husband Stefan Schröer returned to Germany on Monday.