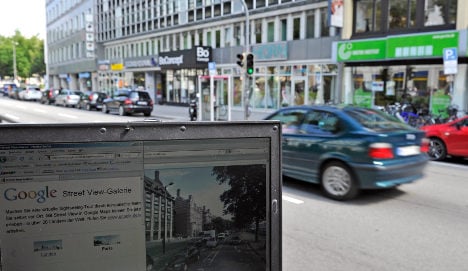 Amid signs that Germany is far from placated by Google’s assurance that people can opt out of Street View, politicians lined up to raise their concerns about the navigation service, which Google announced on Tuesday it would start to roll out in 20 German cities by the end of the year.

The conservative Christian Democrats MP and chairman of the Bundestag’s interior committee, Wolfgang Bosbach, told Wednesday’s edition of Mitteldeutsche Zeitung that Street View would be a boon to burglars.

“For anyone who wants to buy a house, this is a useful resource. Unfortunately, it is also useful to anyone planning a burglary.”

It has already been introduced in more than 20 other countries.

Faces and vehicle licence plates are blurred out. But privacy advocates fear the implications of having information about people’s homes so readily available. Google’s promise that anyone who wants to have their residence excluded from the images can opt out by filling in an online form, has failed to entirely reassure privacy-sensitive Germany.

The federal privacy commissioner, Peter Schaar, called on Google to follow his carefully detailed plan for the processing of objections to Street View. Google had not, he told daily Ruhr Nachrichten, explained how precisely it would handle complaints. He said he was concerned that photos from Street View could be combined with information from address and phone books to create a picture of, say, private individuals’ financial solvency or credit ratings.

“We are awaiting a detailed explanantiion of the process for objections,” he said. “This has so far not been shown to us.”

He also called on Google to actively make sure people were aware they could opt out.

“In my view, objections have to be possible even after the activation of Street View, not only in the next four weeks.”

The environmentalist Greens’ internet expert, Konstantin von Notz, in an interview with daily Berliner Zeitung, accused the centre-right coalition government of having “failed to create a dependable legal framework to which Google must adhere.”

The centre-left Social Democrats’ deputy parliamentary leader, Olaf Scholz, made similar warnings, telling the same paper: “The right to objection announced by Google must be easy for people to achieve and administer. It has to function well in reality.”