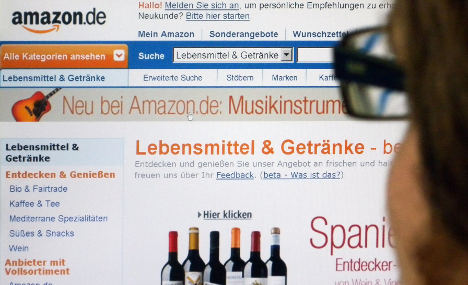 “The large selection, whereby it is difficult to find individual products, showed itself to be incomplete and extravagant,” according to a Stiftung Warentest statement.

In addition to well-known mineral water brands, for example, customers can also treat themselves rarities to a bottle of Tasmanian rain water for €7.90, but most product descriptions are missing information on shelf life and ingredients, the organisation said.

They also complained that shipping could quickly amount to more than the cost of the actual products. Testers ordered 20 fresh products in three different purchases, which totalled around €20, but shipping costs rand in at €25 – and required 15 separate packages.

“The problem: with fresh products Amazon is only the arbiter, shopping is done through partners who all tally up their own shipping costs,” Stiftung Warentest said.

Ten of the packages arrived within two days, the other four arrived on the third day. The final package, containing organic eggs and butter, was only delivered three days after testers registered a complaint.

“So those who aren’t permanently at home increase the risk that the packages will end up at the neighbours,” the organisation said.

Despite the problems, most of the foodstuffs arrived undamaged an in their desired state. A few exceptions included one wrong product, one broken egg, salad with brown edges, and a melted package of butter.

The top consumer testing agency’s concluded that the new service on Amazon is of “little use,“ though it did say that the company itself has already said it would work to improve the offering.