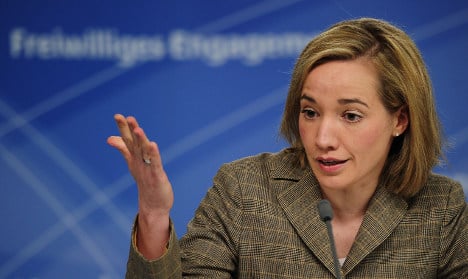 Revisions to parental benefits, such as bureaucratic simplification and an extension to 28 months of payments for parents working part-time, will not be implemented any time soon, according to a Family Ministry response to a parliamentary inquiry by the Green party.

In its response the ministry blamed the “current debt reduction measures under constitutional law” for not moving forward with the plans “at this time,” daily Hamburger Abendblatt reported.

But programmes to support needy children in schools, create after-school educational opportunities and start a national hotline for battered women, remain in a stage of “conceptualisation and planning,” the ministry said.

However plans to create “future accounts” with a starting balance of €150 for newborns will have to wait, according to the paper.

Meanwhile budgetary adjustments are currently being addressed by a draft law.

“The balance sheet of the Family Ministry is sobering,” Green party co-leader Claudia Roth told the paper. “All of the new plans for child and family policy in the new coalition agreement have been either eliminated or put on ice.”