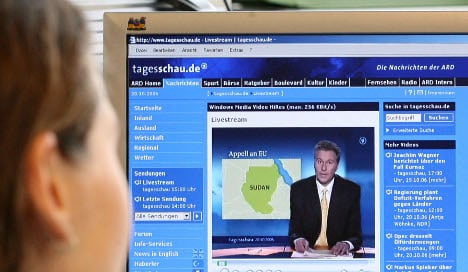 The service will be based on popular US portals such as Hulu, which is a collaboration between American broadcasters NBC, Fox and ABC.

The service will carry advertising but will be free and legal to use, the Financial Times Deutschland reported. Programmes will be shown on the web up to seven days after they are broadcast on television.

ZDF spokesman Walter Kehr said the public broadcaster was “looking at it with interest.”

ProSiebenSat.1 spokesman Julian Geist said: “We would welcome it if the public broadcasters were involved.”

The plans have been submitted to the European Commission to make sure it adheres to competition guidelines, the FTD reported. It is not known precisely when the service will begin.

The move reflects a change in viewing behaviour, whereby growing numbers of TV fans want to be able to watch their favourite programmes at their leisure, rather than the traditional fixed time offered by free-to-air TV.

According to the industry association Bitkom, a third of flat screen televisions being bought today are used for internet TV. With internet giant Google soon to launch its Google TV service, the interconnection of television and digital entertainment will become even greater.

Until now, commercial broadcasters have, like publicly-funded broadcasters, established online video portals independent of one another. RTL and ProSiebenSat.1 have previously been offering paid content online.