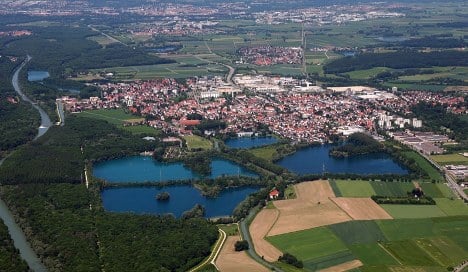 After a flood of complaints, sluggish local authorities have finally vowed to try and clean up the area around the three lakes, Großer Baggersee, Kleiner Baggersee und Waldsee.

Thrill-seekers are apparently using the reeds in the marshy areas around the lakes as cover.

“They lie in the reeds,” said Mayor Kurt Baiker, who described the lakes as a “liberal leisure area.”

Although this has been going on for some years, authorities said they had not until now considered it a major problem.

“So far, no complaints have reached us,” said Wolfgang Höppler, the manager of public safety in the district office of Neu-Ulm.

Now they are being forced to act and have vowed to increase police patrols as well as re-landscaping the area. They said it had been difficult to prove breaches of public order because the offenders had often disappeared by the time police arrived.

Mayor Baiker told the paper that action had also been difficult because the area lay on the border between Senden and neighbouring Vöhringen.

Baiker and his Vöhringen counterpart came together this week with councillors and police for a round table. They agreed to put more cops on the beat in the area and to undertake landscaping works until summer 2011, which will hinder access to the area.

“Two thirds of the bathing areas will no longer be available,” Baiker said.

The narrow strips of overgrown land that run between the lakes could be partly cleared and turf put down, Baiker said.

Bathing will still be allowed in marked off areas on the shores of the lakes – including a spot for nudists. Whoever strays outside these areas would be subject to infringement notices – including fines of up to €1,000 – regardless of whether they are naked or clothed.

But even the mayor himself doesn’t believe these measures will fully contain the problem.

“This is the Zeitgeist,” he said. “Whoever wants to show themselves off in public will keep on doing it.”

But the authorities plans have already created a buzz on the aforementioned internet sites.

“We would advise caution there, as penalties could eventually result,” wrote an “experimental couple” on one forum.

Another commentator, named as “Ralf,” noted there were enough nearby spots where there was “no overflow” of passersby.

Mayor Baiker was resigned. “I’m sure that they will find a new place,” he told the paper.