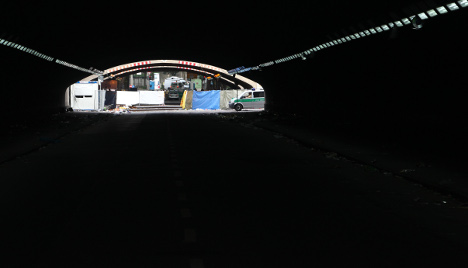 Interior Minister Ralf Jäger instead blamed a flawed security concept for the mass panic in a narrow tunnel leading to the festival grounds in the Ruhr Valley city on July 24.

“I will not allow the police to become the scapegoat for the mistakes and failures of others,” he told the special session of the state’s interior affairs committee in Düsseldorf. “When an organiser’s security system functions, the police don’t have to be called for help.”

He said in the wake of the tragedy, which besides the 21 deaths left over 500 people injured, it appeared as if the Love Parade organiser Lopavent and Duisburg city officials were trying to shirk responsibility.

But ahead of the inquiry, there were reports the police in Duisburg might have contributed to the disaster. The daily Rheinische Post reported on Wednesday that a city investigation found police cars had blocked a potential escape route, greatly reducing access to the ramp leading out of the tunnel.

And the Bild newspaper cited an external audit commissioned by Duisburg officials that could not establish any intentionally negligent actions by the city. Instead, the auditors blamed other parties failing to implement city regulations.

The website of news magazine Der Spiegel reported on Wednesday that a Duisburg police officer had also watched video of the Love Parade crowd disaster even though the investigation had already been handed over to officials in nearby Cologne. But the Duisburg police denied the incident was related to an attempt to manipulate evidence or cover up anything.

Meanwhile German Interior Minster Thomas de Maizière told Bild that the country’s 16 states should be able to intervene in large public events if state authorities had the impression municipal officials were in over their heads.