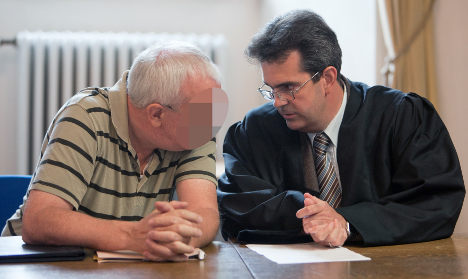 Horst-Werner Nilges, also known as Knöllchen-Horst to people in Osterode county, was fined €10 (plus a €23.50 processing fee) for speeding 10 kilometres per hour over the limit in Pöhlde this March. But the 56-year-old early pensioner didn’t want to pay, registering a protest instead.

During two-and-a-half hours of proceedings at the Herzberg district court on Tuesday, the stickler for parking rules said he had not been driving too fast. Meanwhile his lawyer tried to convince the judge that speed camera photos should not be used as evidence.

But Judge Carsten Schindler rejected the appeal and told the tattletale to pay the fine.

Nilges’ obsession with parking violations – even on Sundays and holidays – did not come up during the proceedings, but he has reportedly received death threats and has been banned from several Harz locales for it.

Head of the local traffic authority Eckhardt Bündge said that once the man even reported a rescue helicopter for blocking a parking space, but said he could only speculate on the reasons why he continued to torment drivers and authorities with his pedantic hobby.

Perhaps he was driven by a “sick sense of order” or believed that authorities were too lax in their surveillance of traffic violations in the quiet area, he said.

Nilges told court observers he did not know if he would appeal the fine, but he’s reportedly considering scaling back his hobby in order to fight allegedly unjustified fees for rubbish collection.