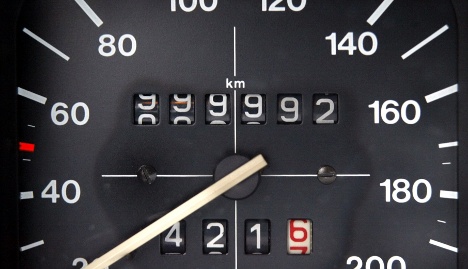 Officers pulled over the double-decker bus at about 3 pm Tuesday in the southwestern district of Wilmersdorf, the police said in a statement. They quickly established it had driven 1.8 million kilometres – enough to circle the earth 45 times or drive to the moon and back – twice.

Even on a cursory examination, they found numerous defects with the old vehicle, including faulty brakes, tyres worn down to the fabric, a cracked windscreen and major rusting to load-bearing parts of the chassis. They also found a spare fuel tank mounted in the luggage compartment.

The driver was the only person in the bus at the time it was pulled over. He was relieved of responsibility of the vehicle, which was immediately impounded.