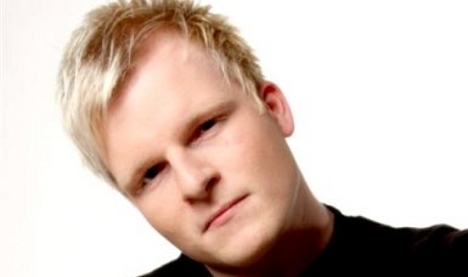 When 26-year-old student and DJ Andy Meisser met his friends Stefan, Felix and Annika in his Hagen kitchen at 10:50 am on Saturday, July 24, they were looking forward to a day of partying and dancing at the Love Parade. After a few beers, they walked to the Hagen train station and boarded the 12:50 for Duisburg.

Upon arrival around 2:30 pm, they started walking the two kilometres to the event site. At first, it was smooth going. But the closer they got to the disused train yard where the main party was being held, the more often they were delayed by police barricades. Large, irritable groups formed quickly at the checkpoints, where tempers flared and some shouted obscenities at police officers.

“It took us a while to understand the concept. Obviously they were trying to control the flow of people and only allowed small groups to move forward towards the event site,” said Meisser, who spins house music in clubs around the Ruhr region between his studies at a technical college in Hagen, 80 kilometres from Duisburg.

The atmosphere became increasingly heated and agitated as groups coming from different parts of the city converged on the last checkpoint ahead of the now infamous tunnel – the only entrance to the techno party’s main stage area at the rail yard.

When Meisser and his friends made their way into the narrow tunnel, they were heading for a ramp about 200 metres away on their left. It was around 5 pm. But just as they were about to turn onto the ramp – just 15 metres from where 12 bodies were later found – the tunnel became so jammed that breathing became nearly impossible.

“I could barely get any air into my lungs, it felt like someone was poking my chest with a stick,” Meisser said. “We were unable to control which way we were going, somehow we were just swayed by the movement of the masses. Sometimes you´d be pushed to the left, then to the right, then forward. The key was to anticipate the movement of the crowd – you tried to move your feet in the same direction. Otherwise, you´d fall and be doomed.”

Meisser, Stefan and Felix tried to prevent 21-year-old Annika from being crushed by putting their arms around her, creating a protective ring around the petite young woman, who no longer had the strength to protect herself.

“It was hot. Everyone was sweaty. People were afraid for their lives,” Meisser told The Local. “The anxiety level was boiling, the stench of people literally peeing in their pants, panicking, was incredible.”

Finally Felix, the strongest and tallest of the group, managed to push his way out and into some open space and move ahead. Meanwhile Meisser, Stefan and Annika were fighting for their lives. They managed not to fall, mainly because there was no space to fall into, Meisser said.

“I realized we needed to use that opportunity, and we just had to get out of there,” Meisser said. “I was desperate and yelled, ‘My girlfriend is dying, please make some room!’”

His strategy worked. Meisser and Stefan managed to drag Annika, now barely conscious, out of the chaos – but not without force.

“We had to push, shove, mobilise our last energy reserves to get away from the people.”

The group was still in the tunnel, though, and had reached the middle where police created some breathing room by pulling people out of the crowd and directing them back toward the train station. First aid workers had placed injured people on the ground, and one young woman lay motionless, a tube protruding from her chest. A few metres away, firefighters were trying unsuccessfully to resuscitate another young woman on the footpath.

Meisser, Stefan and Annika sat down, someone gave them water, and they slowly regained their strength. It was about 5:50 pm.

At 5:14 pm Andy had received a text message from Felix after he managed to get out: “Love Parade´s badly organized. Wouldn´t be surprised if people died max. 50 metres away from us.”

Later the group found out that most of the 20 victims died just 16 metres away from where they’d been struggling to stay on their feet.

At 5:24 pm, Felix sent Andy another text message with the following words: “Tears everywhere, more and more badly injured people. Total bewilderment. It´s like one of the worst disaster movies ever.”

Only it was brutal reality. Meisser said he’d never seen such distress, “and they weren’t just bawling, these people had streams and streams of tears running down their cheeks, everybody was in total shock, stunned.”

The group managed to reunite with Felix, but gave up pushing through more people to catch a train home around 7 pm.

“At that point, we´d just had it with crowds,” he said.

The four friends managed to find a taxi that took them back to Hagen – where they arrived at around 9 pm.

“We just went to our local pub, met with our friends, ate some burgers and had a few beers, trying to absorb what we had seen during that awful day,” he said. “But it will probably take a long time to truly overcome these horrible minutes. The smell, the faces, the tears – it´ll be very, very difficult to forget,” says Meisser.

Asked who was responsible for the deadly turn of events and whether police acted properly, his judgement was firm: “I have nothing bad to say about the cops. When hell broke loose, they did the best they could. They pulled people out, helped everyone.”

But the event organisers who reportedly had authorisation for only 250,000 participants, instead of the estimated 1.4 million actually present, were at fault, he said.

“Whoever cooked up the idea of leading hundreds of thousands of people through that bottleneck of a tunnel and up that small ramp to the event site needs to be held accountable.”