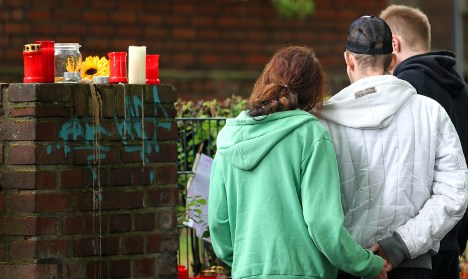 Daily Süddeutsche Zeitung reported that the Bundestag MP and Christian Democrats chairman in the Duisburg region, Thomas Mahlberg, wrote to the state government in 2009 calling for the dismissal of the Duisburg police chief after he expressed serious reservations about the Love Parade plans.

Duisburg police announced Monday night that a 21-year-old German woman had succumbed to her injuries in hospital, bringing the death toll to 20.

According to daily Kölnische Rundschau, Mayor Adolf Sauerland signed off on the plan just hours before the parade started – around 9am Saturday.

Even on Friday, the safety plan was still being debated in various meetings, in which the Duisburg fire brigade and police made it clear that the event should not go ahead as planned, the paper reported.

Süddeutsche Zeitung also reported that the Duisburg police had expressed concerns about the safety plan in the run-up to the event, both to the organisers and the city.

“The police in Duisburg made their concerns clear in several workshops and discussions,” an officer told the paper.

The organisers had not responded. But as plans for the event were being negotiated Mahlberg wrote to the former North Rhine-Westphalia Interior Minister Ingo Wolf calling for the dismissal of then Duisburg police chief Rolf Cebin after Cebin expressed deep reservations about the Love Parade plan.

“The Duisburg police have declared there are glaring security flaws standing in the way of holding of the Love Parade,” he wrote. “The result is negative news coverage in the whole republic. The commotion prompts me to ask Duisburg to be relieved of this heavy burden and to chance a new start in the personnel of the police department.”

The director of the municipal fire brigade had warned Mayor Sauerland in October 2009 in a letter that the old train yard was “not physically adequate” for an event of this size, the Kölner Stadt-Anzeiger reported.

Sauerland told the Rheinische Post, however, that he knew nothing of the various concerns raised.

“No warnings were made known to me,” he said.

He said there were always conflicting voices when such events were being planned and it was the job of the city government to assess whether the overall plan could be carried out.

“And that’s exactly what we conscientiously did in this case,” he said.

The police union called for the establishment of a safety body that would review major event plans and give them accreditation to go ahead only if the plans were sound.