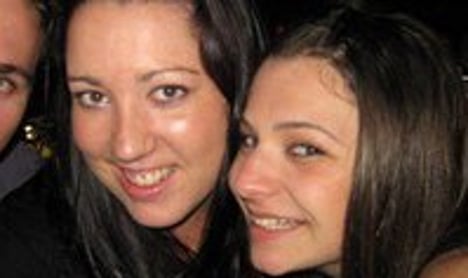 REMEMBERING THE VICTIMS: A PHOTO GALLERY

CLICK HERE FOR PHOTOS OF THE LOVE PARADE TRAGEDY.

Here is what is known of the victims.

A family member of German 23-year-old Fenja Siebenlist from Gelsenkirchen in North Rhine-Westphalia told daily Bild of how the family had desperately searched for their loved one. “After I had heard about the catastrophe, I immediately tried to reach her,” the relative said. “She didn’t answer the phone. We all called the hospitals and she wasn’t to be found there either. This morning (on Sunday) the police came and told us the terrible news.”

German Elmar Laubenheimer, 38, was a respected lawyer with his own firm in Düsseldorf and appeared as a legal expert on broadcaster Westdeutscher Rundfunk, according to Bild. He loved techno and house music, and drove 30 kilometres from his home to be part of the Love Parade. A friend was still desperately searching for him via Twitter yesterday afternoon, not knowing that Elmar had died.

A young German man, 21-year-old Eike M. from Belm in Lower Saxony, died in the crush while his friends were around him. They were in the middle of the tunnel when the crowd started to lose control. Friend Patrick N. told Bild: “I tried to get hold of him. At some point I realised that his breathing had stopped and his chest had stopped moving.”

Police have also confirmed that an unidentified German teenager from the Rhineland city of Lünen was also among the victims, according to the WAZ media group’s website on Sunday. The 18-year-old’s friends left messages such as, “You will live on in our hearts” and “Rest in peace” on his profile at German social media website Schüler-VZ, the news group said.

Kathinka Tairi, 20, from Stadecken-Elsheim in the Rhineland Palatinate, had just got her school certificate and wanted to start an apprenticeship, according to Bild.

Christian Müller, 25, from Hamm in North Rhine-Westphalia, had just found an apprenticeship position but lost his life in the crush.

Svenja R., 22, from Castrop- Rauxel in NRW, was adored by her colleagues for her friendliness, Bild reported. The young law student financed her studies as an employee at McDonald’s and had taken a week-long vacation to attend the Love Parade, the paper reported. On her StudiVZ profile she had listed “partying, dancing, shopping, studying, working and naturally laughing” as interests. In an obituary published by her family they said: “A victim of the Love Parade – such a thing should not happen.”

An 18-year-old man identified only as Dennis from Bad Oeynhausen in the state of North Rhine-Westphalia also died in the crush on Saturday, daily Neue Westfälische reported on Tuesday. A family friend told the paper that the young man had been looking forward to the techno festival for weeks.

The nearby city of Bielefeld lost 19-year-old baker’s apprentice Marie-Anjelina Sablatnig, the paper said. One friend wrote on her Facebook profile: “I am still in shock. She had so many dreams. Why her?”

Anna K., 25, from Heiligenhaus near Essen in North Rhine-Westphalia, had a four-year-old son. A friend told Bild: “She wasn’t actually a techno fan and had only gone to Duisburg with friends because she was looking forward to the party so much.” Anna died in hospital on Tuesday from injuries she sustained in the crush.

Marina, 21, was celebrated by her friends on Youtube as a “wonderful woman who was loved by all.” The goodbye added: “You were a joyful, young and beautiful woman, loved by all, and all that is left are the good memories.”

No further details were yet available on the other three German victims.

Australian Clancie Ridley, 27, from Sydney, had just begun a three-month European adventure for which she planned for two years. She had quit her job in health insurance to take the trip. “She was the life of the party,” close friend Carla Perovich, a 22-year-old singer, told Australian news website ninemsn. “She was everyone’s little ray of sunshine. She was giving and loving and very, very social. She always wanted to do things like this. It’s just the kind of person she was.”

Italian Giulia Minola, 21, a fashion student from Brescia, was on a European tour with a friend, Italian daily Corriere della Sera reported. It is unclear whether her friend was also at the festival. On her MySpace page, she went by the name Purple Haze, a reference to her love of rock great Jimi Hendrix. She listed her favourite writers were Hunter S. Thompson, Chuck Palahniuk, Jack Kerouac and Allen Ginsberg.

Spanish friends Clara Zapater and Marta Acosta, both 22, had lived as exchange students for several months in Münster. The Love Parade was meant to be their farewell party with friends, according to Spanish daily El Mundo. They were part of a group of about 30 Spaniards. Many of their friends knew nothing of the tragedy until they left the festival around 9 pm.

“A friend who was with them told us he saw them as they fell to the ground and people walked over them, but he could not do anything. His leg was trapped,” friend Sonia Muñoz told El Mundo. She added: “It was our farewell party.”

An unidentified Chinese woman was among the dead, Wang Xiting, deputy consul-general of the Chinese consulate-general in Frankfurt confirmed to news agency Xinhua. No further details were available. Wang Xin, chairman of the Chinese student association in Duisburg, said the Chinese victim was not a student, though she may have worked in a city near Duisburg.

Lidia Zafirovski, 21, was from Bosnia-Herzogovina, according to Duisburg police. As of August 2, the Bosnian embassy said it was still trying to confirm her identity and nationality. According to daily Bild she had planned to move to Berlin with her older sister, attend university, and become a fashion model. Her sister Mirjana told the paper that Lidia initially did not want to attend the Love Parade, as she feared it would be too crowded. “Then she went anyway,” her sister said. “She loved to dance so much.”

According to the paper her family is working with a lawyer to make sure those responsible for her death come to justice.

“They should know that with their carelessness they robbed us of a valuable, lovable person,” Mirjana said.

Jan Willem van H., a 22-year-old Dutchman from Zwolle, had been studying at the University of Groningen, daily Financial Times Deutschland reported.

The Local will update details on the victims as more information becomes available.