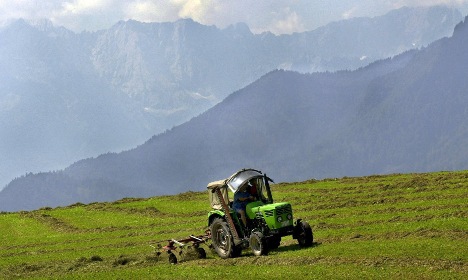 The farmers’ opposition in the Alpine ski resort of Garmisch-Partenkirchen could sink the application for Munich, which is some 80 kilometres (50 miles) to the southwest. Munich is one of three cities vying to host the games.

The chairman of the Pasture Association Garmisch, Josef Glatz, said that only two of about 80 property owners had signed contracts to make their land available if the region manages to lure the Olympics in eight years’ time.

“We’ve hit a dead-end,” Glatz told public broadcaster Bayerischer Rundfunk. “It will be very difficult to convince anyone to support Olympia.”

Glatz accused state leaders and the local Olympic committee of having simply assumed that the property was theirs to use if the region wins the bid and to have ignored warnings to the contrary.

“People are bitter,” he said.

Bavarian premier Horst Seehofer is to hold a cabinet meeting Tuesday in Garmisch, which hosted the Winter Olympics in 1936, and discuss the blockade. The town’s world-class ski slopes are considered essential to Munich’s bid.

Garmisch’s competitors are Annecy in the French Alps and Pyeongchang, South Korea, a two-time previous bidder. A decision is expected next July.

Munich hosted the Summer Olympics in 1972 and if it wins the current bid, it would be the first city to host both the summer and winter games.

But the application has run into scepticism among budget hawks and recently faced protests in the town of Oberammergau, where residents successfully blocked an attempt to reserve it for the cross-country skiing events.

The village of Schwaiganger has said it is ready to stand in.