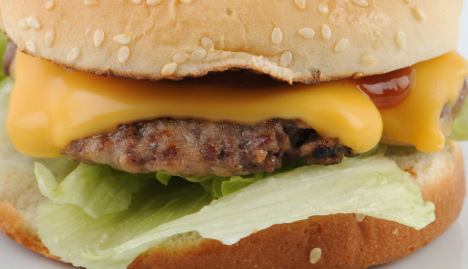 One day after a coalition colleague called for overweight people to pay more towards healthcare, the pro-business Free Democrats (FDP) health spokesman Erwin Lotter pushed the issue a step further by demanding a clampdown on junk food.

“The problem is and remains our children’s overeating,” Lotter told daily Bild. “There should be prevention of children under 16, in particular, eating fast food products. The question must seriously be posed, whether parents can really handle this on their own or whether politicians, as a last resort, respond with legislation.”

On Thursday, Marco Wanderwitz, a federal MP from the state of Saxony, said overweight people and others who pursue unhealthy lifestyles should have to pay more into Germany’s healthcare system to cover the extra costs they create.

“The question must be admitted whether the immense costs that, for example, arise from excessive consumption of food, can be permanently paid out of the consolidated health system,” he told Bild. “I think it’s sensible that people who knowingly live unhealthily carry a responsibility for it in a financial respect.”

Health spokesman for the conservative Christian Democrats’ parliamentary group, Jens Spahn, acknowledged it was not possible to set up some kind of health police who watched what people were eating and punished them accordingly.

However he said: “Strengthening the personal responsibility of health insurers’ members is a clear goal for the coalition.”

The environmentalist Greens slammed the plan as “discriminatory and anti-social,” pointing out that people with particular jobs had a higher rate of health problems.