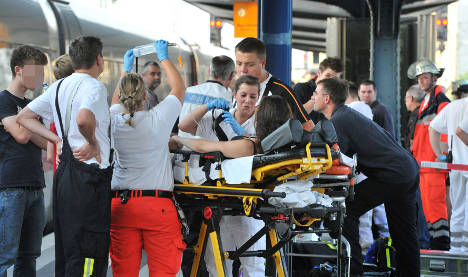 Ramsauer told broadcaster Deutschlandfunk that the rail operator had “snatched all the possible savings there are,” ahead of a planned initial public offering, adding that such cuts would have an effect on the company’s service.

Speaking ahead of a meeting between Deutsche Bahn boss Rüdiger Grube and the transport committee of the Bundestag, Ramsauer added that it would, however, be “too simple” to make a “direct, single-cause connection” between the savings measures and the breakdowns in the air conditioners on the high-speed ICE trains.

Deutsche Bahn has aimed for several years to float on the stock market, and has bought foreign transport operations while also trying to improve its bottom line to lure investors. The company plans to make an initial public offering when market conditions are favourable.

Ramsauer stressed cutbacks to boost the bottom line were not the only reason for the air conditioning debacle, which has affected at least 50 trains and resulted in several hospitalisations after the temperature rose to 50 degrees Celsius on one train on July 10.

The unusually high temperatures and the technical problems with older rolling stock were also to blame, he said. Therefore the precise causes had to be thoroughly investigated.

But Deutsche Bahn needed to improve its communications policy, he said.

He also described the €500 compensation Deutsche Bahn was offering to train travellers who needed medical treatment after air conditioners broke down as “appropriate.”

“Anyone who had to be treated in hospital because of (the air conditioning failures) should not content themselves with €500,” Joachim Kemnitz, assistant to the Pro Bahn director, told daily Berliner Zeitung. “That doesn’t cover one trip in the ambulance.”