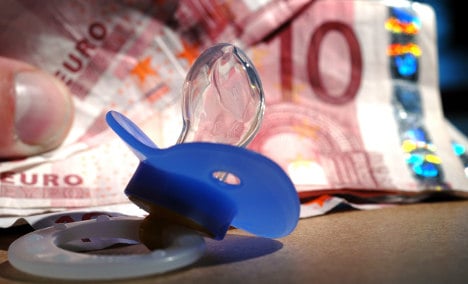 In the meantime, Schröder also called for parents to make better use of Elterngeld, or parental benefits, which allow them to take time off after their children are born.

“If the boss takes parenting benefits at a big firm, then later the young lawyer will also feel comfortable doing this,” she said.

“We must get away from the choice between 40 and 20 hour work weeks,” she told the paper. “One who wants to take care of their children in addition to working rather needs a 30-hour work week.”

In an interview with another paper, the Wiesbadener Kurier, Schröder said that government would make good on its promise to guarantee a day care spot for all children under age three by 2013.

Despite fears that employee shortages will delay the programme, the Family Ministry’s information from youth services offices across the country has shown the goal is realistic, she said.

“The answer is clear: We can reach our goal and have day care spots for 35 percent of the children under three by 2013,” she said.