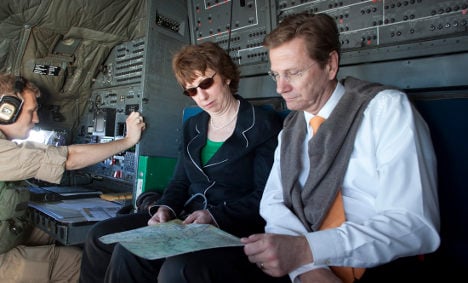 Westerwelle said the meeting of leaders from more than 70 countries was a “very important day not just for Afghanistan, but also for the international community.”

After the seven-hour meeting, officials agreed to start shifting more responsibility for the country’s security to Afghan forces by the end of 2010. The largest part of NATO’s military deployment could then end by 2014.

The first four provinces ready to go it alone in 2011 will be announced at a NATO summit in Lisbon this autumn, Westerwelle said, adding that one would likely be in the north where German Bundeswehr troops are currently deployed.

Another part of the plan includes an agreement to channel at least 50 percent of development aid through the Afghan government. Leaders agreed to this request by Afghan President Hamid Karzai in exchange for pledges of fiscal reforms and more effective corruption prevention.

The Afghan government also aims to reconcile with the Taliban, a goal Westerwelle said he supported.

“Besides civil and military engagement, Afghanistan also needs a political process,” he said at the conference.

Reintegrating Taliban insurgents will be a foundation for the development of a reliable state structure, he added, pointing to Germany’s contribution of €50 million to finance programmes to help members lay down their weapons.

Westerwelle also insisted that the strife-torn country remain committed to human rights, without which the political process would fail, he said.