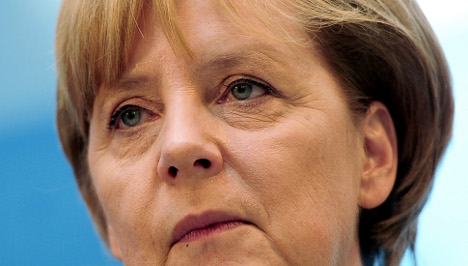 The daily Süddeutsche Zeitung reported on Tuesday that in particular the ministries for Economy, Justice, Transportation, Social Affairs and Environment were opposing the Finance Ministry’s efforts to cut Germany’s deficit.

“Some ministers apparently have forgotten what they themselves signed on for at the savings summit in June,” a coalition source told the paper.

Finance Minister Wolfgang Schäuble reportedly expressed frustration over his cabinet colleagues’ lack of fiscal discipline and seeming willingness to thwart the austerity drive. The government had hoped to have its €80-billion austerity package hammered out by the end of August, but ministerial resistance could put that time frame in jeopardy.

The paper reported that much of the opposition is coming from ministries led by the pro-business Free Democrats (FDP), the junior coalition partners to Merkel’s conservative Christian Democrats (CDU ) and their CSU Bavarian allies.

The FDP’s Rainer Brüderle, who heads the Economy Ministry, is reportedly the biggest obstacle to budgetary consolidation, as he is fighting the closing of corporate loopholes to Germany’s Ökosteuer, or ecology tax. The move was meant to add roughly €1 billion to government coffers in 2011, but Brüderle’s aides contend firms in energy-intensive sectors could end up seeing their ecology tax bill surge tenfold.

Brüderle’s ministry is also opposed to the proposed new departure tax on airline tickets, arguing the federal government could end up losing money as up to six million passengers chose to fly via nearby foreign airports to avoid the surcharge. This, in turn, could lead to job loses in Germany. Other portfolios including Transport and Environment are also trying to shape the airline tax to their own liking.

Justice Minister Sabine Leutheusser-Schnarrenberger, who is also an FDP member, is reportedly against changes to insolvency law that would give the German taxman first dibs when a company goes broke. Schäuble had hoped to pull in an extra €500 million each year with the measure.

The CDU and the FDP are also reportedly sparring over how much the energy sector should have to pay via a new tax to keep nuclear power plants operating longer.