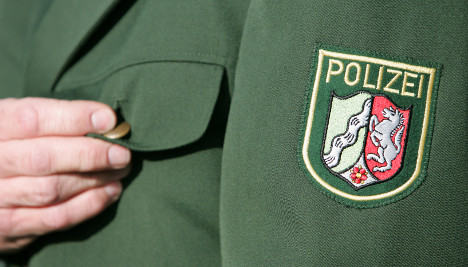 The 44-year-old officer from Münster argued that he had spent about 15 minutes each work day donning and doffing his uniform outside of his paid shift hours, daily Die Welt reported on Wednesday.

The Münster administrative court agreed with him that this constituted overtime.

The police chief in Münster had previously rejected the man’s claim that getting dressed should be considered “work,” the paper reported.

The police department recognised that the time taken for “arming” officers with a handgun, handcuffs and pepper spray should be considered work, but not dressing and undressing. Every other aspect of getting ready for a shift should not be included in work time, it argued.

During negotiations at the beginning of this month, the officer had argued he was effectively giving the state – as his employer – about 45 hours of his time each year for free.

“That means he shows up a quarter of an hour earlier for work every day than he actually has to,” said Erich Rettinghaus, head of the police union in the state of North Rhine-Westphalia. “For example, if his shift starts at 10 pm, he has to be ready for duty at this precise time.”

The court has now ruled that not only putting on special equipment such as riot gear, but even putting on a regular uniform, constituted work. The court did not accept the argument that uniformed police could get dressed at home.

The judge also decided there was an “unfair treatment” of other police who rode motorbikes or bicycles to and from work. These officers had to put on protective clothing after a shift.

The police union said the ruling was a “ground-breaking decision” on an issue that had been simmering for years. The decision is not yet final – the judgement can be submitted to a higher administrative court.