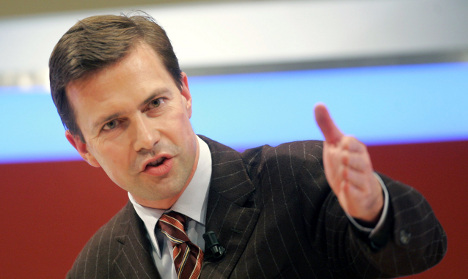 The government announced at the weekend that Seibert, 50, will take over as the head salesman of government policy and decision-making from August 11.

He faces a daunting challenge, both because he replaces the widely respected Ulrich Wilhelm and because he arrives at a time when the government’s popularity is languishing amid in-fighting and accusations it is failing to tackle the complex challenges it faces.

“For passionate journalist, this is a completely unexpected, though fascinating, new challenge,” Seibert said in a statement released by the government.

“I’m happy to take on this challenge, because I’m confident that the government under the leadership of Chancellor Angela Merkel is focussing on the right points to ensure a good future for our country in these difficult years.”

Seibert has been an editor and anchor of public broadcaster ZDF’s evening news since 2003 and moderator of the current affairs programme heute-journal since 2007.

ZDF host Thomas Gottschalk lamented his erstwhile colleague’s change of direction. “But I’m certain he’ll come back sooner or later,” Gottschalk told Bild am Sonntag. “This is an adventure holiday for him, which he’ll hopefully survive without injury.”

Former top spin doctors warned Seibert was in for a rough ride.

“It’s uncertain whether Steffen Seibert can improve the difficult situation of the black-yellow coalition,” said Uwe-Karsten Heye, who was former Chancellor Gerhard Schröder’s chief spokesman, referring to the party colours of Merkel’s Christian Democrats and the pro-business Free Democrats.