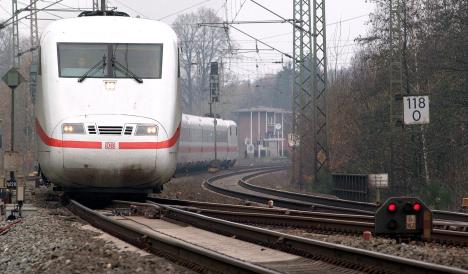 Paramedics were called to the Bielefeld train station to treat 27 students who required medical attention. On Sunday, a spokesman for Deutsche Bahn confirmed that the train’s air conditioning system shut down completely and said a total of 44 people received medical care.

Affected passengers were taken to their final destinations onboard buses and replacement trains.

“We apologize to each person who suffered,” a DB spokesman said, though he said he had no information on the incident in Bielefeld.

A spokesman for the Bielefeld fire department said nine students were transported to the hospital, where some received IV drips. The student group from Remscheid and Willich had been on its way back from a class trip to Berlin.

Witnesses described dramatic scenes on board the ICE train as dehydrated students reportedly lied down in the aisles, and one woman smashed a window during the trip in hopes of getting fresh air.

Student Bastian F., 16, told Bielefeld newspaper Westfalen-Blatt that the train was “like a sauna.”

“Five minutes more, and everyone most certainly would have collapsed,” he said.

The paper reported that 91 rescue workers responded to the incident at Bielefeld’s main train station.