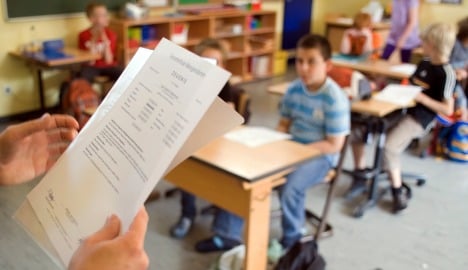 The study by the Bertelsmann Foundation questioned a total of 1,400 people, of whom 650 were parents of school children. Some 51 percent of these parents said they felt their children could not reach their full potential in German schools and that they did not receive enough individual support.

Forty-five percent of parents with children at vocational-track high schools (Hauptschulen or Realschulen) said they saw the system as “rather unfair,” while another 13 percent said it was “very unfair.”

Parents of teens in university preparatory high schools, or Gymnasium, were more likely to approve of their children’s education institutions, with 50 percent saying the schools were “rather fair” or “very fair.”

But the most positive opinions came from parents with children in elementary school – with 59 percent rating it “rather fair” or “very fair” – before they were divided into the various types of secondary schools.

Meanwhile nine to 10 percent of the German population as a whole said they believed the country’s educational system is unfairly slanted against some children, the foundation reported.

Most of the parents in the study said that the most important job of schools is to impart knowledge, and 99 percent also said they should be taught how to learn independently. The third most important skill should be social skills, they said.

Many parents complained that their children needed extra-curricular help in their school subjects because they weren’t getting enough attention at school. But whether the parents themselves helped with homework depended on their own education level, the foundation found. Some 80 percent of those who reported having higher education said they acted as tutors, while just 57 percent of those with less education did the same.

“It should not be that parents must support their children with school work or pay for support in the form of after-school help, which only parents of higher income and education can afford,” head of the Bertelsmann Foundation Jörg Dräger said. “Our school system must not only become better, it must also become fairer.”

The foundation plans to release a nationwide comparison of education in each of Germany’s 16 federal states in 2011, the paper said.